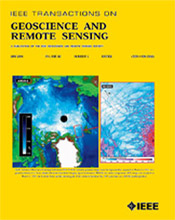 Latest issue
You are here: Home»Publications»TGRS
Skip to content 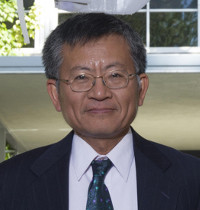 Simon H. Yueh received the Ph.D. degree in Electrical Engineering in January 1991 from the Massachusetts Institute of Technology. He was a postdoctoral research associate at the Massachusetts Institute of Technology from February to August 1991. In September 1991, he joined the Radar Science and Engineering Section at the Jet Propulsion Laboratory (JPL). He was the supervisor of radar system engineering and algorithm development group from 2002-2007. He was the deputy manager of Climate, Oceans and Solid Earth section from 2007 to 2009, and the section manager from 2009 to 2013. He served as the Project Scientist of the National Aeronautics and Space Administration (NASA) Aquarius mission from January 2012 to September 2013, the Deputy Project Scientist of NASA Soil Moisture Active Passive Mission from Jan 2013 to September 2013, and the SMAP Project Scientist since October 2013.

He has been the Principal/Co-Investigator of numerous NASA and DOD research projects on remote sensing of soil moisture, terrestrial snow, ocean salinity and ocean wind. He has authored four book chapters and published more than 150 publications and presentations. He received the IEEE GRSS Transaction Prize Paper award in 1995, 2002, 2010 and 2014. He also received the 2000 Best Paper Award in the IEEE International Geoscience and Remote Symposium. He received the JPL Lew Allen Award in 1998 and Ed Stone Award in 2003. He receives the NASA Exceptional Technology Achievement Medal in 2014. He is an associate editor of IEEE Transactions on Geoscience and Remote Sensing and is the Fellow of IEEE.

Authors who are unable to create electronic files should send five hard copies of the manuscript to: