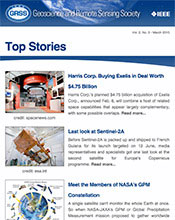 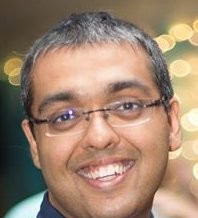 Sidharth Misra received the B.E degree in electronics and communication engineering from Gujarat University, Ahmedabad, Gujarat, India, in 2004, the M.S. degree in electrical engineering and computer science from the University of Michigan, Ann Arbor, MI, USA, in 2006, and the Ph.D. degree from the Department of Atmospheric, Oceanic and Space Sciences, University of Michigan, in 2011. He is currently a Technologist at the NASA Jet Propulsion Laboratory in Pasadena, CA, USA.

He joined JPL in 2011 as a member of the Microwave Systems Technology group. He was a Research Engineer with the Space Physics Research Laboratory, University of Michigan, and a Research Assistant with the Danish National Space Center, Technical University of Denmark (DTU), Lyngby, Denmark. He was also with the Space Applications Center, Indian Space Research Organization, Ahmedabad. His research interests include radio frequency interference algorithm development and mitigation, microwave radiometer system development and calibration. He was on the calibration team of the Aquarius radiometer, and was the Instrument-Scientist on the RACE mission. He is currently on the science team of SMAP and radiometer calibration team member for the Juno microwave radiometer. He is also the digital back-end lead for the CubeRRT mission and instrument manager for the PALS airborne system.

Archive of Past Issues